The witcher undertook an action ;)

It is very old – one thought I had spontaneously – after reading Sapkowski books! Witcher story overwhelmed me totally!!!

Yeap, that’s me – poojy, who sometimes is travelling to her own dream world and imagine stupid or crazy things! LOL

After english version (translated by me again, mueh), there is polish one as well… 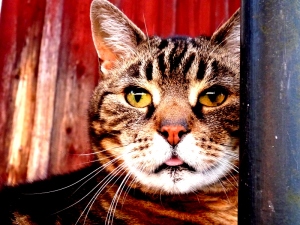 The witcher undertook an action.

I choose those kind of profession because of my dissimilarity, some kind of alienation. Those features at some point, very important, wouldn’t allowed me to be with only one man.

But… how can I describe it: I have had heaps of men! And not just any men! Always handsome, charming, really manly! And… when it comes to opposite gender: stupid, superficial, painfully childish.

My idyllic man, precisely crated by me since I was a teenager, carefully nursing for so many years, became something so real, that sometimes… too painful. When I say: too painful, I mean, it hurts whenever I realize that he exists only in my impractical imagination. As you see: I assigned a vow to someone, who, in reality (simply saying): doesn’t exists! Ha, ha, ha! Perfect choice!

Until some day, when:

Master of our School send me with some kind of mission to the city three days way from place I was living in.

It happened, just like that – during my journey I was attacked by wild, very dangerous people – maybe they weren’t people, uh, eh… Anyway they knew I know magic! First of all I was overpowered by them. Secondly they put on my hands some kind of special, magic handcuffs, which just unable me to perform any magic. I couldn’t protect myself!!!

He rescued me! My God! He appeared so suddenly, so unexpected, that he surprised completely everyone, not only me.

I felt even bigger shock seeing him in action. Believe me, it took him only seconds to fight with my butchers. Watching him attacking them with smooth and nimble, just like cat, movements – was amazingly pleasant.

I didn’t even have a chance to blink with my eyes! Suddenly I have just noticed that there is only two of us. Well, surrendered by some dead bodies as well… the rest of dangerous men run away somewhere into the forest…

I was watching how my rescuer, slowly and gently is putting his sword into the sheath, how unemotionally is turning into my person, looking at me, my face… oh…!!! One glance of his eyes totally enchanted me!

Some kind of green-yellowish eyes.

In those kind of moments, and I must say it happens very rarely, released energy of love is so strong and powerful, that it immobilizes you… takes away breath just straight from your chest… paralyzes you…

So, that is how I stayed with him, sometimes having the other men as well.

Well, he also, sometimes, has other women, and truly… it drives me crazy whenever I think about it. But what can I do?

Nothing really. Most important fact is that, he always comes back to me, and making love with him is only a small piece, little puzzle, that fulfils the emotion, this special feeling between us.

Only sometimes, such like at the moment, when his away (making some deals on south of country), my mood is like some kind of coat made from longing.

Some people say that love is when we miss someone.

Well, maybe it is true, but again, what can I say? Or do? For me, meaning of word: love… especially in present times, has many different outlines.

Anyway… when he is not here… I am quite… sometimes I can explode in a very unexplainable way and what’s more I swear very badly! – no one can really manage to be with me or next to me! I am not even mentioning about: speaking to me.

And mine…how can I gently describe it? My quite stretched out imaginary is troubling me with full POWER. When I think, that he is, somewhere there, with someone, I mean with her…having, lets be clear: quick fuck…eh, my hands are powerless…

So in those moments I do something, that at some point (little one) helps a bit… I do magic! 😉 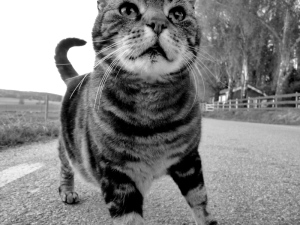 This entry was posted in Photography. Bookmark the permalink.